April 2006 – ‘Your Westy Divas’ was created by Miss Beverly Buttercup and her fellow cast members Marcia Monterey, Brandi Alexander and Lola Del Arte. The group debuted their fabulous, colourful and exciting show at Diamonds & Pearls Social Dance at Moorebank Sports Club. After one year of performing to the crowds at Moorebank, Beverly Buttercup decided it was a time for a change. The perfect opportunity arose for ‘Your Westy Divas’ to move into an established well known gay & lesbian friendly venue – The Parramatta Club.

June 2007 – Opening Night at The Parramatta Club was on 23rd June 2007 with over 170 people attending and welcoming the newest night to hit Western Sydney. Changes took place in August 2007 when Brandi Alexander retired from drag and the lovely Tina Swallows filled her spot. Our DJs changed to Joal & Geoff after DJ Kezza could not continue.

December 2007 Heaven & PASH were notified the Parramatta Club would close down after supporting the GLBT community for 7 years. This saw PASH come to an end and Heaven relocate to THE ROSEHILL BOWLING CLUB on every second Saturday of the month as of January 2008. With a new venue came a new show ‘Legends of Music’ starring Beverly Buttercup, Marcia Monterey, Lola Del Arte, Tina Swallows and Jessika Grabbit, featuring the Special Guests as in the earlier shows Gracie Lou, Ida Slapda and Sue Pernatural.

October 2008 Marcia Monterey and Tina Swallows resigned from ‘Your Westy Divas’ and Gracie Lou stepped up to help Beverly running the night.

Heaven’s ‘Star Search’ on 8th August 2009 aimed to replace Beverly Buttercup in the production shows by someone fabulous and looking to strut their stuff. The winner took her place in ‘Your Westy Divas’ alongside Gracie Lou, Lola Del Arte and Sue Pernatural. The winner was LayDee KinMee and she joined the cast in our October 2009 show with a new DJ, DJ Dan also joined us in 2009.

At the start of 2010 the name changed from a group to a social dance.

In 2010 Beverly Buttercup took over running an alternate LGBT night called KALEIDOSCOPE Social Dance at The Parramatta Golf Club from 30th July 2010. The night included DJ Shaft, with Ian Stumbles coming on board to help from 2012. The night came to end on the 6th December 2014 when we were notified the club would be closing down in 2015 to make way for a new development.  From 2010 to 2014, Kaleidoscope Social Dance at the Parramatta Gold Club raised over $7,863 dollars with proceeds going to Acon & Western Suburbs Haven Inc.

December 2011 ‘Your Westy Divas’ group came to an end after nearly three years together and we said goodbye to our regular show cast to make way for some new talent ! AND NEW DJ, DJ Shaft.

May 2015 – Heaven introduced “Pop Up Drag” to allow local queens to pop on stage and do a spot to win some cash and prizes. This ran at all of our dances except the Charity Nights, when we invited 12 of our favourite performers to come back and perform at our Birthday/Charity nights with all our proceeds going to local charities.

Our ‘Star Search’ talent winner and ‘Westy Diva’ LayDee KinMee went on to win an ACE Award (Australian Club Entertainment) for Production Show of the Year for her ‘Drags to Bitches’ Show and became one of the most popular drag queens in Western Sydney. She also agreed to return to Heaven in 2016 to join Beverly, Gracie and Ian in running the night.

February 2017 – Heaven Social Dance re-located to MOUNTIES BOWING CLUB – FAIRFIELD on the first Saturday of every second month as of The 04 February 2017!

October 2017 – After two years we have presented our final ‘Pop UP Drag’ at Mounties Bowling Club on 7 October 2017 and presented our annual World Aids Day RED PARTY #6 with all proceeds ($2895) going to ACON on 2nd December 2017.

Heaven Social Dance also said a very sad farewell to Ian Stumbles in December 2018.  Ian was the Secretary and Co-ordinator at Kaleidoscope Social Dance between 2012 and 2014, a Presenter and the sane voice of ‘Queer Out West’ radio show between 2012 and 2015. In the studio Ian was normally wrangling all the gals each week and keeping us up to date with the goings on around Western Sydney PLUS keeping Beverly (somewhat) in check! Ian also helped run Heaven Social Dance from 2012 to 2018 and he very sadly passed away on 23rd December 2018. Ian will be missed by all.

January 2020 – Heaven presented ‘Dragging up the past’ featuring Marcia Monterey, Crystal Clear, Jessica Brabbit, Melicous D’Amange and Shelley Chanel. It was one of the busiest nights in years with everyone coming out to support the girls!

March 2020 – Our very first Pride Pageant ‘Sashed Out West’! We had 7 fabulous entrants present Mardi Gras Pride and perform for our wonderful, loyal patrons. Judged by Gracie Lou, Miranda Fair and Sandy Bottom with five contestants going through to the Finals!! On 27th March 27, 2020 The committee were forced to cancel our May & July dance’s due to the COVID-19 Virus and the club being closing from 17th March to 11 July Re-opening with restricted hours and a new company policy (Mounties Group) due to COVID-19

NEWSFLASH – August 2020 the heaven social dance committee decided after discussions with Mounties group in regards to restrictions in place due to COVID -19 we have canceled the remaining dances for 2020 and be back on the 30th January 2021.

HELLO We will back with our first dance on the 27 March followed by The Pride Pageant ”Grand Final” On The 29th of May 21.

* We allow 16 + to attend Heaven Social Dance’s but must stay with the adult who bring there and must stay away from the bar and poke machines.* 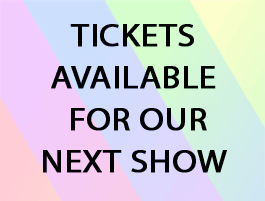 *You Can NOW Purchase Your Tickets Online By Clicking On The Following Links:

Members * Tickets $10 (of the Mounties Group)

ONLINE TICKETS CLOSES ON FRIDAY BEFORE EACH DANCE AT 12PM – UNLESS SOLD OUT PRIOR.

* Heaven Social Dance is a not for profit function with all proceeds (After initial costs) going to special charity organisations.

For More Information SMS: Beverly on 0433 232 425
or E-Mail: heavensocialdance@gmail.com